We Train Your Brain Using Neurofeedback 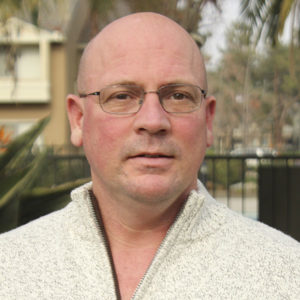 I have worked in the field of nursing since 1999 and have experience providing emergency trauma, in-patient psychiatry, ICU, and rehabilitation care. My first contact with neurofeedback therapy was when my daughter started school and was having extreme issues.

In the beginning, the school told me, “Give it a year — they usually grow out of it.” Unfortunately, I heard the same story the next year and the next. I tried contacting learning centers and doctors to see if they could help, and got nowhere. Finally, after the third year, my daughter’s pediatrician referred her to a psychiatrist, who put her on Adderall. It didn’t work, and three months later, the doctor wanted to add anti-psychotic medications. I just couldn’t bring myself to start piling up medications on a 10-year-old little girl. Another nurse told me how neurofeedback training had helped one of his children, so I started to investigate. After a lot of research into the science and results of neurofeedback therapy, we decided to give it try.

We drove four hours twice per week for my daughter’s neurofeedback therapy sessions, and over just a few weeks, began to see amazing results in her. It was the little, measurable things we noticed at first: following directions, cleaning her room, being able to do a task for 20-30 minutes at a time, building her first Lego set independently, finally having multiplication tables make sense, and speaking with more clarity. Other issues like toe-walking also started to disappear. I was so blown away that I wanted to share the breakthrough with everyone so that other families could benefit from neurofeedback therapy like she had. The rest, they say, is history.

After witnessing the miracle transformation my daughter went through with neurofeedback therapy, I began training and am now a neurofeedback practitioner. I have worked with children and adults and have seen GREAT improvement in those with autism, ADD, ADHD, migraines, sleep disorders, depression, anxiety, and much more.